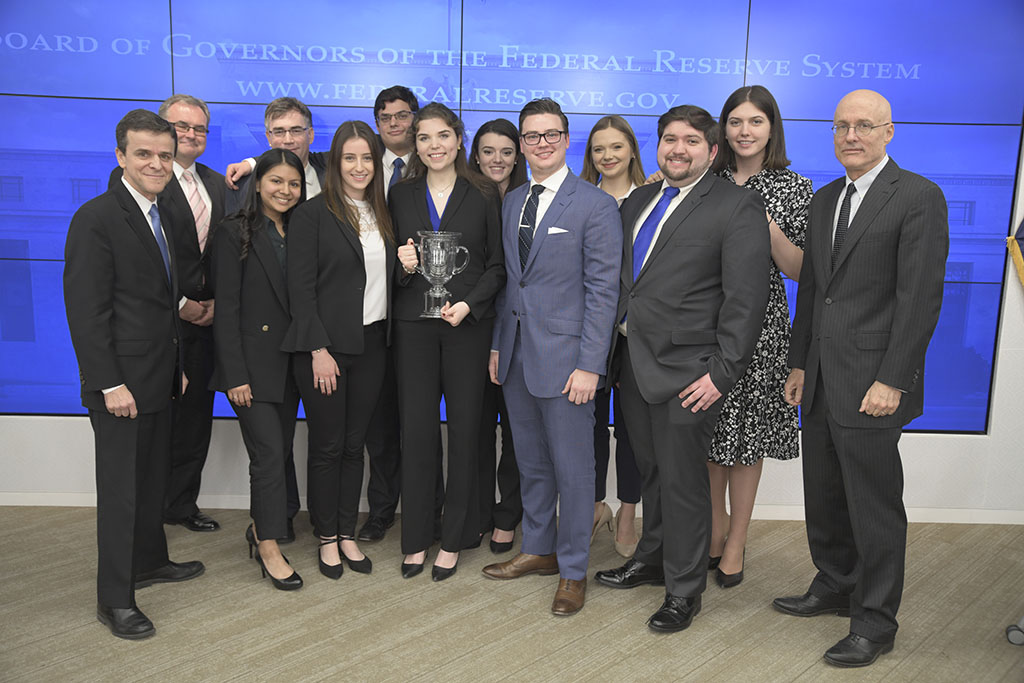 The finals were held at the Board of Governors as the capstone to five district competitions held around the country. The other national finalists were second place: Harvard College, with honorable mentions for Loyola University Maryland, The University of Chicago, and University of Pennsylvania. College Fed Challenge is a team competition for undergraduate students. Teams analyze economic and financial conditions and formulate a monetary policy recommendation, modeling the Federal Open Market Committee.

"The Fed Challenge is one of numerous efforts at the Board and the Reserve Banks to educate the public about the Fed's role in promoting a healthy economy and a strong and stable financial system," said Federal Reserve Board Chair Jerome H. Powell. "The competition is also intended to promote interest in economics and finance as fields for advanced study and careers."