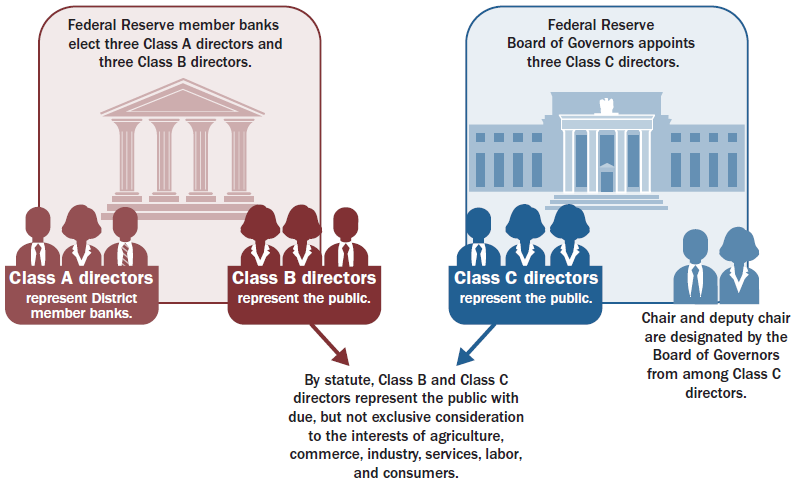 Most Reserve Banks, with the exception of Boston, New York, and Philadelphia, have at least one Branch, and each Branch has its own board of directors. Pursuant to the Federal Reserve Act, a majority of the directors on a Branch board are appointed by the Federal Reserve Bank in that District, and the remaining directors are appointed by the Board of Governors. Most Branch boards have seven directors, except for Helena, which has five directors. 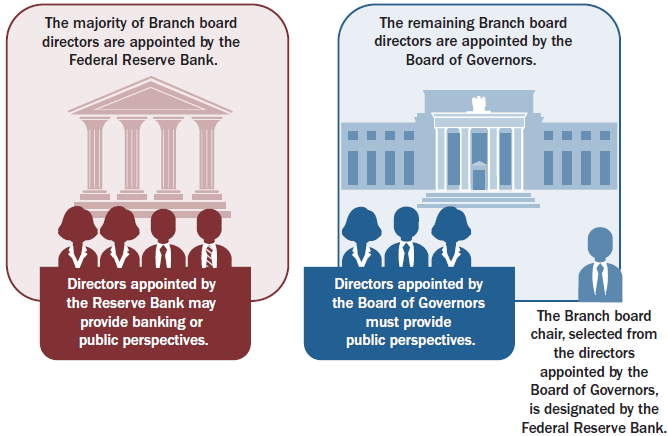 The Federal Reserve Act also includes several provisions related to the eligibility and qualifications of directors. The Board has extended many of these statutory requirements by policy. Directors play a critical role in the effective functioning of the Federal Reserve System by providing a link between the System and the public, and their insights help to inform the FOMC's deliberations. In addition, directors perform an important corporate governance function for their respective Reserve Banks. For these reasons, directors are expected to contribute to the Federal Reserve System’s understanding of the economic conditions of their District and the effect of those conditions on the economy as a whole. Directors should be familiar with the economic and business community for the region for which they are selected. For more information about director eligibility and qualifications, and other policies governing directors, please consult the Roles and Responsibilities of Directors (PDF) and the Board Policies.