From 1913 to 1937, the Board of Governors of the Federal Reserve System met in the United States Treasury building at 1500 Pennsylvania Avenue, N.W., and the employees were scattered across three locations throughout the city. With the implementation of the Banking Act of 1935, which centralized control of the Federal Reserve System and placed it in the hands of the Board, it became necessary for the staff to be united in one building.

In the spring of 1935, the Federal Reserve Board made the decision to use a national competition to select an architect for its new building. Architects such as John Russell Pope and James Gamble Rogers submitted proposals. Ultimately, Paul Philippe Cret (1876-1945) submitted drawings that impressed the members of the Board of Governors. Born in France, Cret trained at the École des Beaux-Arts in Lyons and Paris before moving to Philadelphia in 1903 to teach architecture at the University of Pennsylvania. Soon, Cret started his own practice and won many important commissions for buildings across the country. In Washington, D.C., Cret is also known for his design for the Organization of American States building (1908), the Folger Shakespeare Library (1929), and the Calvert Street Bridge (1935, now known as the Duke Ellington Bridge).

Cret's training focused on the study of Greek and Roman architecture and encouraged the interrelationship of all the arts. His design for the new Board building managed to combine a number of classic elements by skilled craftsmen who were highly regarded in their fields, while also exercising restraint. His firm had the skill and resources to engage in every aspect of the building: exterior, interior, structural, functional, technical, and aesthetic. 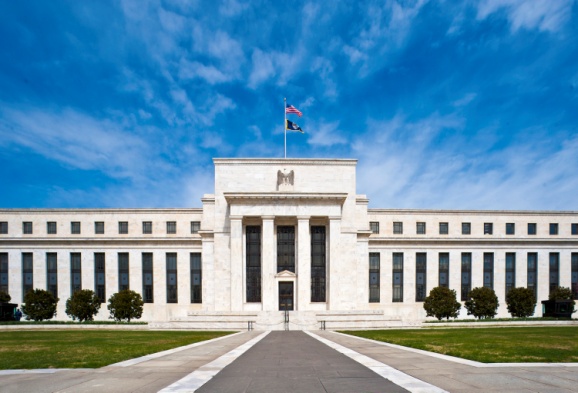 Keeping with the École des Beaux-Arts tradition, Cret oversaw every part of the building project and in some cases involved himself in the details. He also employed nationally recognized artists to complete the ornamentation of the building. Those individuals included Sidney Waugh (1904-1963) who designed the eagle sculpture above the Constitution Avenue entrance to the building, and Samuel Yellin (1885-1940), the noted wrought-iron craftsman from Philadelphia, who designed and executed numerous railings, gates, and fixtures throughout the building.

Construction began on the building in 1935 and was completed in 1937. The result was a modern building based on a simplified classical style. Known for its liberal interpretation of the official Washington, D.C., architectural tradition, the Eccles building set the tone for other progressive architectural structures around the capital. It was dedicated by President Franklin D. Roosevelt on October 20, 1937. In 1982, by act of Congress, the building was named after Marriner S. Eccles, who had served as Chairman of the Federal Reserve Board from November 15, 1934, through April 14, 1948. 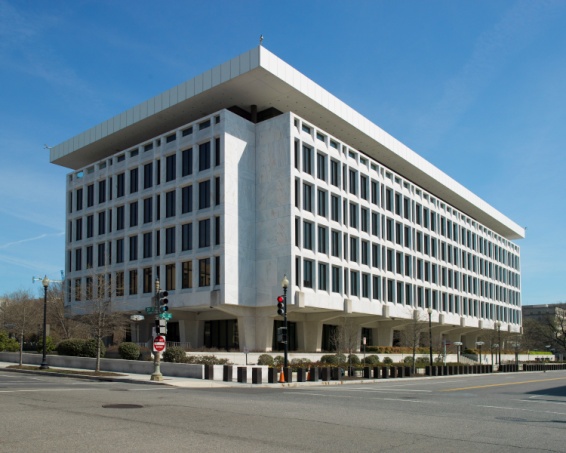 The William McChesney Martin, Jr. Building is located across C Street Northwest from the Eccles Building. The Martin Building was designed by the architecture firm, H2L2, which was originally founded by Cret in 1907 under the name the Offices of Paul Philippe Cret. After Cret's death, his four partners continued to practice under their own names: Harbeson, Hough, Livingingston, and Larson. At that time, the firm was informally referred to as H2L2, a name that became official in 1976. Designed in the 1960s, the building was a contemporary interpretation of classicism and used materials similar to the Eccles Building. An interior design objective of the building was to provide maximum flexibility of office space through movable partitions and modular furniture, as well as optimum energy utilization. Groundbreaking took place in 1971 and the building was completed in 1974. Dedicated on November 19, 1974, this building was named in honor of former Federal Reserve Board Chairman, William McChesney Martin, Jr. who served from April 2, 1951, through January 31, 1970.